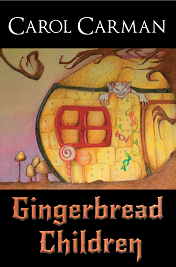 Notes on The Origins of The University of Nature

No-one knows when The University of Nature first appeared. Nobody’s that old.

Some say it evolved gradually, being built upon the ruins of a long-abandoned temple dedicated to Artifax, god of trowel and brush, which itself incorporated the findings of an archaeological dig on the site of an ancient castle, constructed to reinforce old fortifications on top of a prehistoric burial barrow where the original inhabitants of the town of Maund were laid to their not-quite-eternal rest.

Some say it’s as ancient as time itself, the result of a massive collision of all the molecules in the universe which then started bonding, forming what’s technically known as ‘stuff’; people call this the Big Prang Theory, and it’s usually propounded at closing time in The Lamb and Werewolf when the brains of the young men of Maund are swimming in an ocean of Carson’s Gutwrencher.

Some say it’s so old they’re surprised it hasn’t fallen to bits by now.

However, the some who say these things have never actually been inside it, otherwise they might hold different views.

Everybody calls it ‘The Union’, primarily because people can’t resist shortening perfectly good names, and a name such as ‘The Union’ speaks of solidity, strength, power and durability, whilst ‘The University of Nature’ whispers of botany, aromatherapy and meditation.

Neither name says a dicky bird about witchcraft.

Presided over by the Matriarch, The Union is the biggest thing in Maund, and big things need careful handling just as much as small things. Especially when they’re full of magic.

The annals of The Union show that in the time of Matriarch Imelda McGinty, there was not much of that time left. Measurements had been taken, wood was being sawn, silks cut and cold meats ordered. There was little left to do but wait for the silence.

As was her duty, Vice-Matriarch Dominica Tort sat by the large, oak-framed bed and waited; as was her love, she held the hand of the elderly Matriarch. The air and each passing moment seemed as heavy as the black and maroon tapestries which draped and swagged around the ancient four-poster. The rhythmical rising and falling of the matching blanket and the accompanying creak of bedsprings were the only indications of life left in the dying woman. The solitary candle burned low, its flame giving little true light, but merely hinting at animation where there was none.

Dominica looked round the room, as she had done many times over the past fortnight. Everything was exactly in its place, as if the dust had already begun to settle on the ledgers of Imelda’s life. The mirror had begun to cloud over, and the cut-glass trinket bowls and tray on the dressing table no longer caught the candlelight. The broomstick lay in its cradle attached to the footboard, the conical hat was locked away in its case and the black cat with the white eye-patch sat on the mattress, the model of ancient felinity, staring, staring, as still as stone.

Death inevitably meant change, which usually entailed chaos; for the moment, though, all was calm. As far as Dominica and Imelda were concerned, if time had not actually stopped, it was certainly having a long hot soak before deciding what to do next.

There was a faint click and the door inched silently open, just far enough for a serving-girl to enter. She carried a silver tray bearing a silver tea set, a china cup and saucer, two gingerbread men on a china plate, a starched napkin and a new candle in a silver candlestick. Her long skirt shushed the carpet as she set the tray on a small bedside table and lit the new candle from the old one. Turning to go, she looked towards Dominica and whispered, ‘Ma’am?’

Dominica shook her head. ‘No. Thank you, Truda.’

Truda bobbed, picked up the old candle and headed for the door. The curtain of darkness parted in front of her and soon filled the space she vacated with every step. She had almost reached the door when it swung open to greet her, smacking her on the arm as the Bursar strode into the room. Hearing a thud, the Bursar moved the door and revealed Truda, anchored to the spot by a large silver candlestick on her left foot. The Bursar stared at Truda, who could not respond in likewise fashion, because not only is it not done for servants to return the gaze of witches – or bray the Bursar with the nearest thing to hand, although many people wanted to – but her eyes were squeezed shut in pain.

The Bursar hated to see people lounging about. ‘What are you doing there? Have you no work to do?’

‘Mm,’ Truda piped, without moving a muscle. Years of domestic training had taught her to maintain her composure at all times, even if it meant she gritted her teeth so hard she had toothache for three days afterwards. Wordlessly she picked up the candlestick and limped out of the room, valiantly ignoring the flames licking at her hemline. As she gently closed the door, the slight breeze wafted the smoke from her uniform back into the room, and for a few moments the aroma of burning serge drifted like incense.

Dominica looked at the cat. Although it had never taken its gaze off the Matriarch nor altered its position by a whisker, all its fur stood on end, giving the impression it had grown two inches all round and become a porcupine. She felt some sympathy. She knew what was coming.

The Bursar gripped the footboard, sending shudders through arthritic carpentry joints. She stared at the Matriarch but spoke to Dominica. ‘Has she said it, Minnie? Has she? Has she said it yet?’

From outside the room there was a scream, a sloshing of water and a hiss of steam.

The Bursar tutted. ‘Yes, yes, whatever you say, Minnie. Anyway, has she said it yet?’

For seven years Dominica had asked the Bursar to stop calling her Minnie; to hear it again engendered murderous thoughts in her heart and she bared her teeth momentarily. However, she realised where her duty lay, and with a heavy heart she realised it didn’t lie in taking the Bursar out into Concentric Yard and giving her a good slapping. But one day.

She turned to face the Bursar. ‘I take it you are referring to the Deposition of Succession. No, Helena,’ she said, injecting as much venom as she could into the Bursar’s name, ‘the Matriarch has not said it yet. Not all of it.’

‘Well how far has she got?’

‘So far her words have been, “I pass to you the power to appoint as my successor”. That is all.’

‘But she was up to there five days ago! She must have said something since then!’

‘Do you doubt my word, Helena?’

‘Until the Deposition is completed, nothing is certain. I would be failing in my duty to even think otherwise. And up until now, the Matriarch’s words have been, “I pass to you the power to appoint as my successor”.’

Imelda stirred and mumbled; Dominica bent close to her. The Bursar heaved herself over the footboard onto the bed, dislodging the broomstick from its cradle and cannoning into the cat, which shot under the bed, resurfaced near Dominica and leapt onto the pillow at the side of Imelda’s head. The bedframe, unaccustomed to the extra weight of the well-upholstered Bursar, began to creak ominously.

‘Shh! If you want to hear who the Matriarch nominates I suggest—’

Dominica’s suggestion was cut off as she felt the Matriarch squeeze her hand. She leant closer, and was swiftly followed by the Bursar. The Matriarch whispered a three-syllable word…

Want to read more? Why not buy a copy now? Gingerbread Children is available from online stores, all good bookshops and direct from us here.